Participatory Installation in public space wihtin the Artfestival “Pasing by”

Twelve large clam shells surround the Mariensäule at the Marienplatz in Pasing, their golden colour and circular arrangement forming a unity. The oversized clam basins are filled with a special sand used by metal foundries in sand casting. Together with the artist duo Empfangshalle, as part of an art action taking place over several days, all Pasing residents are invited to come up with ideas for casts. The public can also bring their own small objects, to cast them in pewter or model them as they wish in the sand. The resulting figures are then covered in gold leaf. The sculptures arisen in this way will serve to expand Pasing’s golden centre into businesses and homes, connecting the public with semi-public and private space. 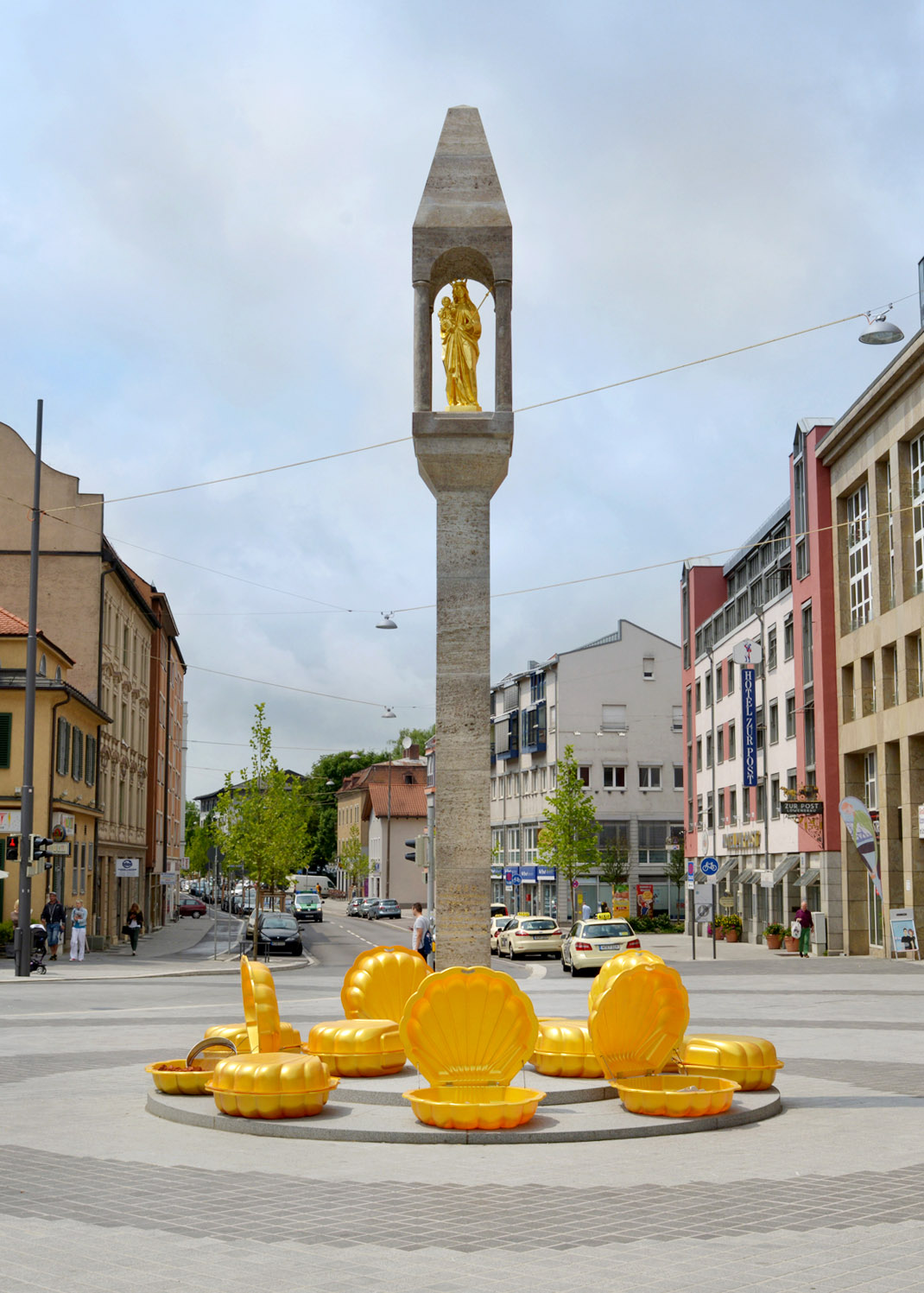