Between 1966 and 1968, “Der Brühl”, a neighbourhood in Leipzig’s city centre was rebuilt in accordance with socialist renewal after extensive destruction in the Second World War. In the process, among other things, three parallel, ten-storey prefabricated buildings arose, which were a popular backdrop for television addresses by SED politicians. A proud symbol of a new era and for the future viability of the still young, ambitious German Democratic Republic. On the roof of one of the buildings, the city greeted out-of-town and foreign visitors with the sign “Wilkommen in Leipzig!” (welcome to Leipzig), set in illuminated letters and visible from far off. The buildings had been increasingly deteriorating since reunification in 1990. The sign no longer lit up, the paint had peeled off and the neon tubes were for the most part broken.
In 2005, with the aid of a ten kilowatt spotlight, Empfangshalle lit up the sign once again for one night. The photo of the glowing welcome in the form of an oversized postcard is a final “souvenir.” The residential buildings of the Brühl were demolished in late 2007. 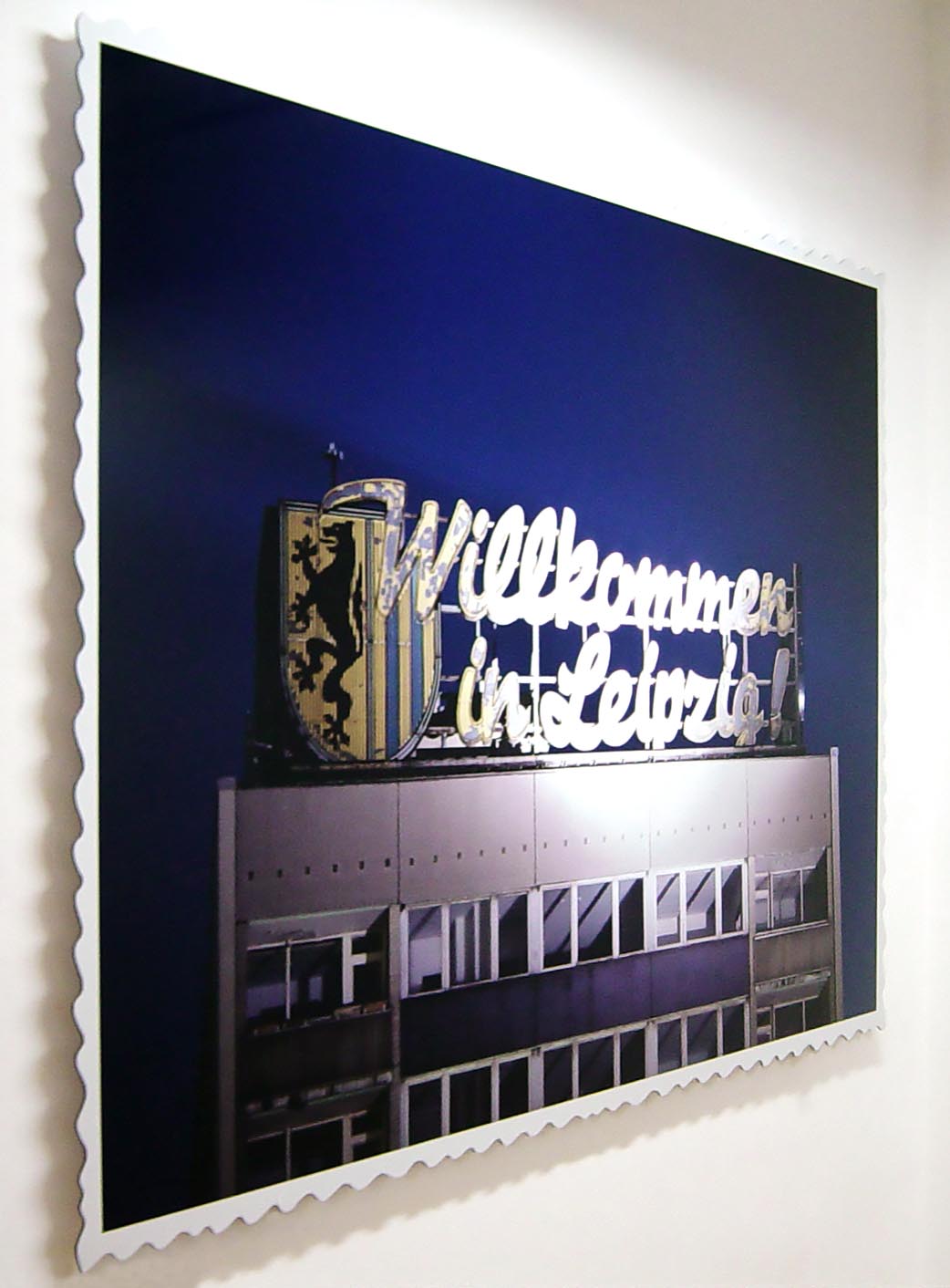